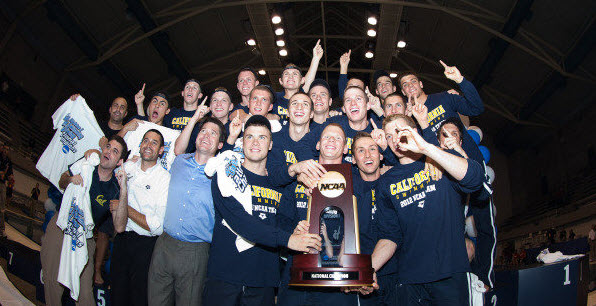 Not only is it uncommon for a team to repeat as national champs, but it’s also extremely rare to have both men’s and women’s teams from the same school do it together, in back-to-back years.

Read more about the men’s and women’s championships.

As Cal alumni and former members of the Cal swim team, Christian and I are euphoric over our alma mater’s amazing achievement. And, on behalf of all of us at Splash Swim School, we’re extremely proud and wish to congratulate coaches, Teri McKeever and David Durden, along with all members of the championship teams!

Kind of makes you want to sign up for a swimming lesson, doesn’t it?

It’s an exciting time at Splash Swim School and in the world of swimming! We are opening our new, Splash Walnut Creek facility soon, and enrollments…

Apologies to the Men’s team that this article was not published sooner!

The Cal Men’s Swimming & Diving raced to their first NCAA…